Why i went into real estate after other business ventures

The mantra, “ Jack of all trades and master of none” could best describe the early business journey of the Chairman and Chief Executive Officer of Prince Luxury Group, Omoha Nduka John simply known as “Prince Omoha”. In a recent interview the real estate developer/investor and entrepreneur narrated his humble beginning and how he finally found his calling and success in real estate.

“I ventured into real estate after I have failed in several businesses and after two years experience I consider real estate as a generational wealth because of it passive income and cash flow. Having lived in Hong Kong, one of the most expensive cities in the world motivated me to venture into real estate. And till tomorrow I don’t see myself leaving real estate for other business,” he said.

The turning point in his life was between 2008 and 2010 when he came to visit his elder brother in Lagos. After two visits he decided to join his brother in his business where he made substantial savings and ventured into mining business.

“I was into mining while schooling in the university until I met one Anambra man whom I supplied stones and made my first million in the business. I couldn’t believe the money was mine until I ran the supply over and over and kept making millions of naira in each supply. The business kept waxing and I became more focused in searching for foreign investors. I kept advertising all kinds of solid materials on my Facebook page till I met one Chinese investor who was interested in my products. I invited him to Nigeria after he sent me money to supply a ton of lead to him as samples. Thereafter, I invited him to Nigeria and he came over with his partners to buy lead, oxide and other precious stones in Nigeria. I took them to different States in the northern part of Nigeria where we went into mining. The business keep flourishing until they traveled back to Hong Kong for Chinese New Year festival. I later visited them in Hong Kong, that’s was when I fall in love with the Hong Kong city and decided to find opportunities around while controlling my business in Nigeria. Though because I was too far from home the business failed and I moved into real estate in 2016,” he said.

Omoha Nduka John was born on September 3, 1995 in Abakaliki, Ebonyi State. He hails from Umuebe, Ezzamgbo in Ohaukwu local government area of Ebonyi State of Nigeria.

He did his primary education at Practicing School and secondary at Victory comprehensive Secondary School, both in Ezzamgbo before proceeding to Ebonyi State University (EBSU) where he bagged a Bachelor’s degree in political science.

After a business sojourn in Hong Kong, Prince Omoha returned home in 2016 to establish Prince Luxury Group company, which has blossomed to a leader in the real estate sector in Nigeria. He is also the founder of Prince Omoha Foundation. 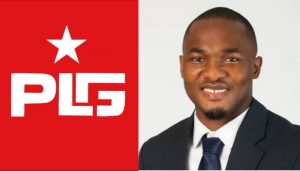 Why we Rebranded, Changed Our Logo – PLG Chairman