Source of my entrepreneurial spirit

The Chairman and Chief Executive Officer of Prince Luxury Group, Omoha Nduka John simply called “Prince Omoha” has firmly entrenched himself on the landscape of real estate sector as a major player.

He is most noted for his residential homes and his signature works dot cities of Lagos, Abuja and Ebonyi. Still in his twenties, “Prince Omoha” sits atop a bludgeoning company very well on its way to greatness.

His journey into financial relevance seems to have some sorts of backing, perhaps a family wealth or a powerful uncle in the government. But not this young Ebonyi man who grew up in his hometown of Ezzamgbo. His journey was dogged by hard work, resilience and with little or no help from anyone.

Speaking with VANGUARD, he recalls the beginning, “ When most people hear the name “Prince” they think I’m from a royal family and they automatically see me as a rich kid or something. Let me make it clear to the public, we were just comfortable during my early stage but not very poor even though my grandfather was a king. Growing up with my parents really impacted a lot in my journey to entrepreneurship. My father was a trader and he used to carry me along his business.”

The turning point in his life was between 2008 and 2010 when he came to visit his elder brother in Lagos. After two visits he decided to join his brother in his business where he made substantial savings and ventured into mining business.

“I was into mining while schooling in the university until I met one Anambra man who I supplied stones and made my first million in the business. I couldn’t believe the money was mine until I ran the supply over and over and kept making millions of naira in each supply. The business kept waxing and I became more focused in searching for foreign investors. I kept advertising all kinds of solid materials on my Facebook page till I met one Chinese investor who was interested in my products. I invited him to Nigeria after he sent me money to supply a ton of lead to him as samples.

“Thereafter, I invited him to Nigeria and he came over with his partners to buy lead, oxide and other precious stones in Nigeria. I took them to different States in the northern part of Nigeria where we went into mining. The business keep flourishing until they traveled back to Hong Kong for Chinese New Year festival. I later visited them in Hong Kong, that’s was when I fall in love with the Hong Kong city and decided to find opportunities around while controlling my business in Nigeria. Though because I was too far from home the business failed and I moved into real estate in 2016. Living in Hong Kong as one of the most expensive city in the world motivated me to venture into real estate. And till tomorrow I don’t see myself leaving real estate for other business,” he said.

Omoha Nduka John well-known as Prince Omoha is a Nigerian real estate entrepreneur, investor and philanthropist. He is the Chairman of *Prince Luxury group. His real Estate company has undertaken many projects which are basically residential homes.

Omoha Nduka John was born on September 3, 1995 in Abakaliki, Ebonyi State. He hails from Umuebe, Ezzamgbo in Ohaukwu local government area of Ebonyi State of Nigeria.

He did his primary education at Practicing School and secondary at Victory comprehensive Secondary School, both in Ezzamgbo before proceeding to Ebonyi State University (EBSU) where he bagged a Bachelor’s degree in political science.

He is also the founder of Prince Omoha Foundation. 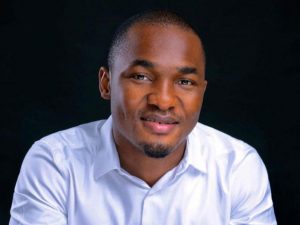 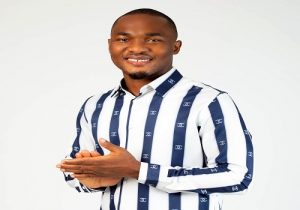